Microgrid Project at Kaiser Permanente May Set Precedent for Hospitals 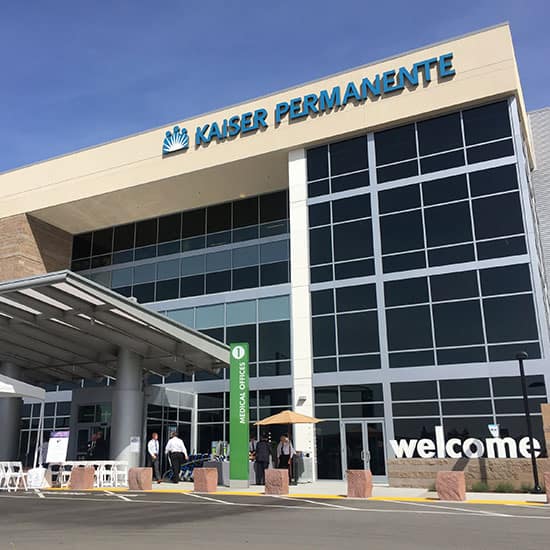 Is it possible for a hospital to save money on energy, reduce its carbon footprint, and add the option of critical power during power outages in one project?

That is the goal of a microgrid demonstration project installed at the Kaiser Permanente Richmond Medical Center in Richmond.

The renewable microgrid system, designed and engineered by the Los Angeles-based Charge Bliss, will demonstrate the ability to provide 365,000 kilowatt-hours of clean energy annually, reduce peak demand by up to 200 kilowatts (kW), and potentially improve building power quality and efficiency. 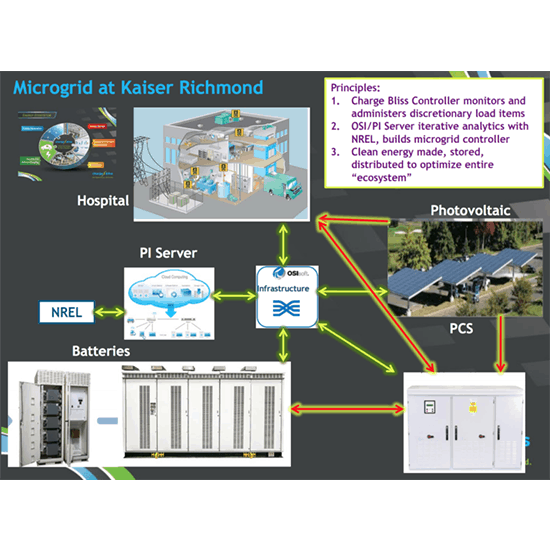 The road to renewables will not be paved by the environmentalists. Instead, the path is being cut by the accountants, and health care provider Kaiser Permanente is showing how to do it right.

Kaiser is on a mission to slash its carbon emissions on the road to full carbon neutrality by 2020 and is making headway on slashing the half of its footprint that comes from its electricity usage. Kaiser has photovoltaic solar installations on nearly 50 of its buildings today, with plans that could see that number doubling in just the next two years.

With their 24/7 lighting, heating and water needs, they use up to five times more energy than a fancy hotel.

Executives at some systems view their facilities like hotel managers, adding amenities, upscale new lobbies and larger parking garages in an effort to attract patients and increase revenue. But some hospitals are revamping with a different goal in mind: becoming more energy-efficient, which can also boost the bottom line.

“We’re saving $1 [million] to $3 million a year in hard cash,” said Jeff Thompson, the former CEO of Gundersen Health System in La Crosse, Wis., the first hospital system in the U.S. to produce more energy than it consumed back in 2014. As an added benefit, he said, “we’re polluting a lot less.” Read the Rest Here 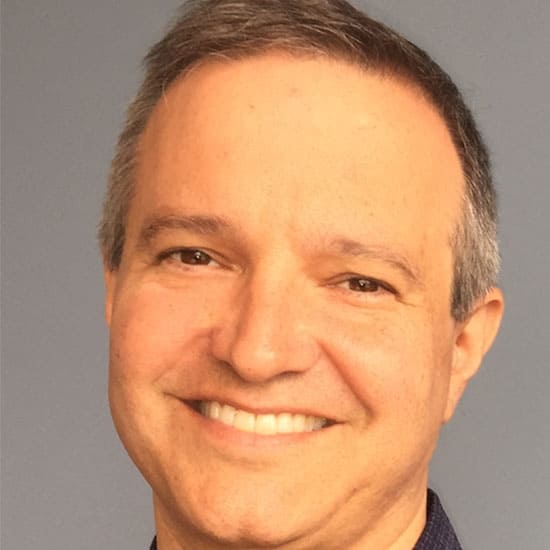 After Hurricane Sandy in 2012, government agencies nationally began to underwrite building and installing resilient energy microgrids for critical facilities such as hospitals.

As a part of the California Energy Commission’s Electric Program Investment Charge grant challenge, $4.77 million was awarded to Charge Bliss to develop and launch a solar-storage microgrid at Kaiser Permanente’s Richmond Medical Center.

TPR sat down with Kaiser Permanente’s Ramé Hemstreet, Vice President of Operations and Chief Sustainable Resources Officer, and Seth Baruch, National Director for Energy and Utilities, to learn about the first California microgrid to connect renewable energy to a hospital’s pre-existing backup power system that was previously diesel-fueled. Read the Rest Here